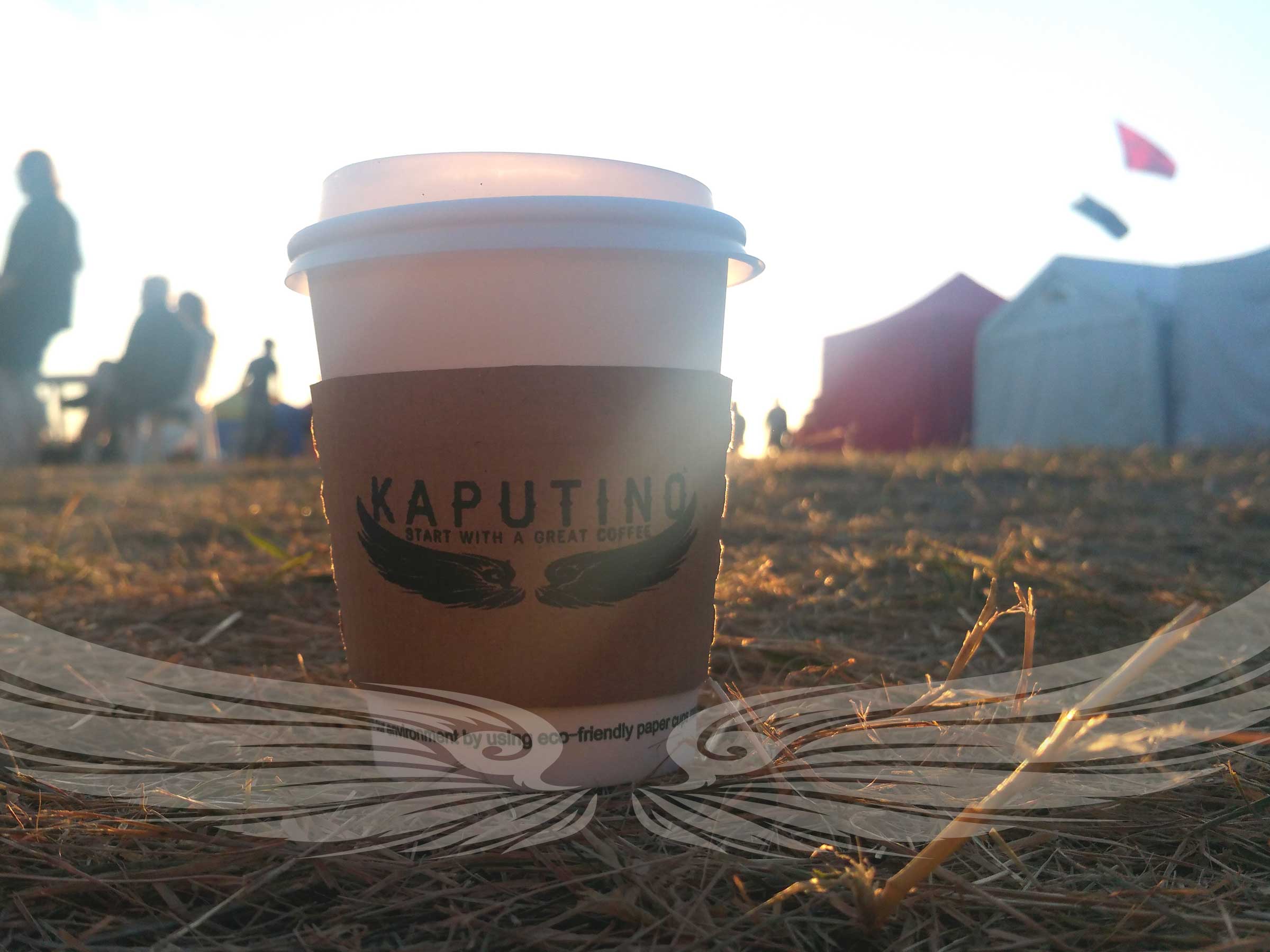 We were pleased to be attending the  Tolpuddle Martyrs Festival & Rally 2015., with the Kaputino® coffee van.

Every July thousands of people come to Tolpuddle to celebrate trade unionism and to remember the sacrifice made by the six farm workers of the village.

History of the Tolpuddle Martyrs Festival

‘Tolpuddle has been a place of great importance to the Labour Movement from the moment news broke of the harsh sentences imposed on the six farm workers who led the formation of the union.

One of the earliest organised commemorations was in 1875 when the Agricultural Workers Union presented an engraved watch and illuminated address to James Hammett, the only one of the six Martyrs to return to Tolpuddle.

In April 1908 a meeting of theTolpuddle Martyrs’ Memorial Scheme Committee agreed to launch an appeal for a pamphlet to tell the story with the aim of erecting some sort of memorial in the village. In 1912 a memorial arch was unveiled outside the Methodist Chapel in Tolpuddle by Arthur Henderson, the Labour Leader.

In 1922 the Working Women’s Club Fete and the National Union of Agricultural Workers held a joint festival. In 1925 a party of ASLEF railway workers stopped in Tolpuddle to pay silent tribute at the arch. Other individuals visited the village including Prime Minister Ramsay MacDonald on his way back from Cornwall in 1933.

In 1834, Lloyd George, leader of the Liberals, came to lay a wreath and praise the role of trade unions.’

‘As the sun rose on 24th February 1834, Dorset farm labourer George Loveless set off to work, saying goodbye to his wife Betsy and their three children. They were not to meet alone again for three years, for as he left his cottage in the rural village of Tolpuddle, the 37-year-old was served with a warrant for his arrest.

Loveless and five fellow workers – his brother James, James Hammett, James Brine, Thomas Standfield and Thomas’s son John – were charged with having taken an illegal oath. But their real crime in the eyes of the establishment was to have formed a trade union to protest about their meagre pay of six shillings a week – the equivalent of 30p in today’s money and the third wage cut in as many years.

Sycamore treeWith the bloody French Revolution and the wrecking of the Swing Rebellion fresh in the minds of the British establishment, landowners were determined to stamp out any form of organised protests. So when the local squire and landowner, James Frampton, caught wind of a group of his workers forming a union, he sought to stamp it out.

Workers met either under the sycamore tree in the village or in the upper room of Thomas Standfield’s cottage. Members swore of an oath of secrecy – and it was this act that led to the men’s arrest and subsequent sentence of seven years’ transportation.

In prison, George Loveless scribbled some words: “We raise the watchword, liberty. We will, we will, we will be free!” This rallying call underlined the Martyrs’ determination and has since served to inspire generations of people to fight against injustice and oppression.

After the sentence was pronounced, the working class rose up in support of the Martyrs. A massive demonstration marched through London and an 800,000-strong petition was delivered to Parliament protesting about their sentence.

After three years, during which the trade union movement sustained the Martyrs’ families by collecting voluntary donations, the government relented and the men returned home with free pardons and as heroes.

The story of the Tolpuddle Martyrs and the campaign that freed them inspires us to fight on. The annual festival reflects the spirit of those prepared to stand up and be counted and for those just learning about the history it is a joyful celebration of our solidarity.’

This website uses cookies to improve your experience while you navigate through the website. Out of these cookies, the cookies that are categorized as necessary are stored on your browser as they are essential for the working of basic functionalities of the website. We also use third-party cookies that help us analyze and understand how you use this website. These cookies will be stored in your browser only with your consent. You also have the option to opt-out of these cookies. But opting out of some of these cookies may have an effect on your browsing experience.
Necessary Always Enabled
Necessary cookies are absolutely essential for the website to function properly. This category only includes cookies that ensures basic functionalities and security features of the website. These cookies do not store any personal information.
Non-necessary
Any cookies that may not be particularly necessary for the website to function and is used specifically to collect user personal data via analytics, ads, other embedded contents are termed as non-necessary cookies. It is mandatory to procure user consent prior to running these cookies on your website.
SAVE & ACCEPT